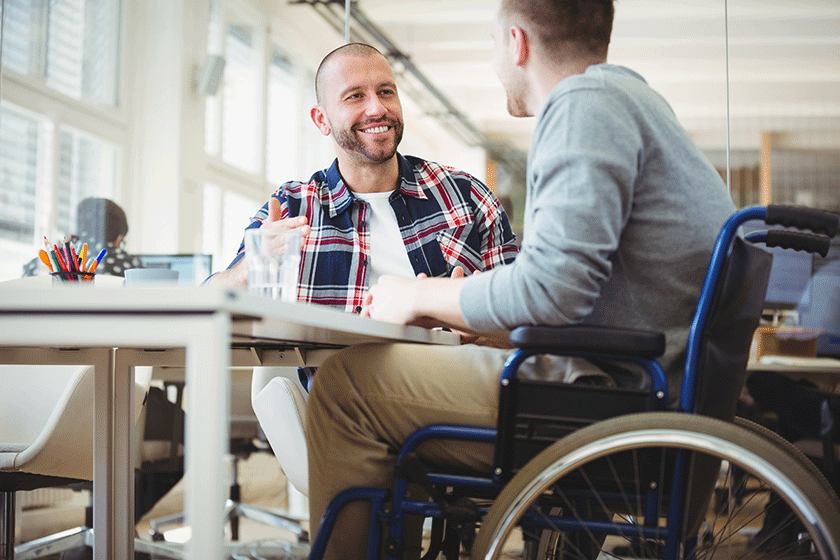 Even though the Physical Disability Board of Review has been taking applications to review veterans’ disability determinations for almost three years, many still do not know their status is often upgraded upon reexamination.As of October, the Department of Defense’s PDBR had taken fewer than 3,000 applications out of more than 77,000 troops that qualify, according to the Military Times website.Congress created the PDBR to serve veterans with combined disability ratings of 20 percent or less who were discharged from Sept. 11, 2001 to the end of 2009.The board’s president, Ret. Air Force Col. Michael LoGrande told the Military Times that about half of those veterans reviewed so far have had their ratings upgraded to more than 30 percent.Completed reviews with recommendations are sent to the correct service branch. The service branches make the final decision on each case.The applications and supporting documentation is processed and digitized in San Antonio, Texas, before being sent to Arlington, Va., for processing by PDBR.If a PDBR is successful and a veteran’s rating is increased, monthly disability retirement pay will be applied retroactively to the date of the original disability. An updated disability rating may also mean that a veteran could be eligible for the DoD’s health care coverage called TRICARE and Survivor’s Benefit Plan insurance, according to the DoD’s Military Health System.Veterans do not need to prove any errors or injustices to have their status reviewed, LoGrande told the U.S. Army website news service. The PDBR looks at everything that could be relevant to see what can be rated.Each board includes a medical officer and two senior line officers in the veteran’s service branch. The board cannot recommend a reduction in status.A veteran can send as much or as little supporting documentation as he or she likes. The process only requires an application and a privacy statement.The board of review will look at physical evaluation board records and medical records from the Department of Veterans Affairs.Applications are currently taking more than a year to process, according to LoGrande, because of the backlog the PDBR had when it started in January 2009.Long processing times and a low number of applicants so far mean the wait for review could get longer before it gets shorter. LoGrande told the Military Times the turnout for review has been slow because his department has not been getting the word out well enough. As the process continues to yield positive results, outreach has become a bigger priority, he said.A qualified veterans disability lawyer can help veterans get the maximum disability payments.

Sacramento Incapacity Insurance coverage: What It Is and Why You Ought to Get It

Government Benefits – Helping You Through Injury or Illness